So 54% of people in a Which? survey don’t trust energy companies we hear today. Bill simplification is too complex and won’t work says the Energy Select Committee who also […] 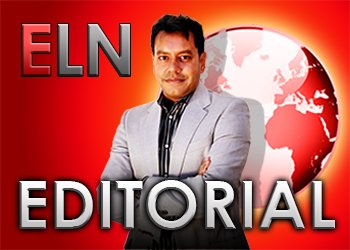 So 54% of people in a Which? survey don’t trust energy companies we hear today.

Bill simplification is too complex and won’t work says the Energy Select Committee who also say the market needs to open up and be accountable also citing a massive lack of trust.

So here we are at the end of a year where we have had two Energy Secretaries, one Energy Bill, one energy Summit, at least two occupations of power stations, a mini riot and we’re exactly where we were a year ago. The public don’t like this sector and they don’t trust it. WHY?

Our conference in November had this very issue as its focus. Three of the Big 6, npower, EON and ScottishPower turned up and were brave enough to face the business community and answer their questions. Perhaps something as simple as that needs to happen with the public. I called into a BBC Radio 5 Live discussion today to talk about the loss of trust it is now facing in the wake of the Savile and Newsnight fiascos. The cause, confused management and a flabby structure where lifers don’t dare risk rocking the boat and waves of people scurry around justifying their existence.

I see parallels in the world of energy. The similarity is this; both the BBC and energy companies do a good job but their lack of clarity in getting a message over to the public has caused distrust.

The energy sector does need to win the public over by being more open and explaining what it does. They are so scared to risk public wrath that often they do nothing or do it so badly everyone can see the managers squirm in the light of tough questions. We are not idiots. So treating us like that won’t work.

Energy was a closed club, old fat blokes or nerdy engineers fiddling with knobs and generators sending us power within the confines of a public sector monolith, which had no accountability. When the sector privatised many things changed but that central core attitude of ‘getting on with it and they won’t understand how it works anyway so why explain it’ has prevailed. The public didn’t care when times were good and we could all afford our bills.

Now we have to pay more at the same time as we are being squeezed, we definitely care. We want to know why. So it’s no wonder we are angry because we don’t get straight answers. We get poor phone service from call centres, inaccurate bills and questionable practices. We get the same bull delivered in different packages.

Explain how you get your power and what it costs. Reveal how much the grid is charging the consumer. Tell us why you put up prices at the start of winter. Reveal how much you have to invest to keep the lights on and how much tax you have to bear. Complain about Government policy that forces your hand.

If they really want to win trust forget ad campaigns, forget endless brand associations and start within. Big 6 bosses need to be human, face the public as often as they can on the media and keep language simple. Be bold and explain what you are doing, defend practices if they are justifiable and if not own up. The leaders of these companies need to take charge and tell the public why energy matters only then will perceptions change.

As my Dad used to say “honesty is the best policy”, perhaps for this sector it’s THE policy for 2013. Somehow I doubt it…