Temporary power provider Aggreko saw a drop in shares warning the business outlook next year is “particularly uncertain”. The firm – which provides power for major sporting events, the armed […] 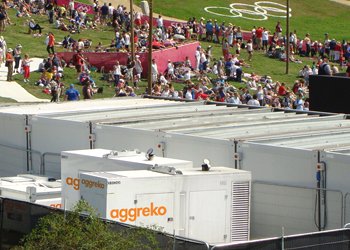 The firm – which provides power for major sporting events, the armed forces and after natural disasters – said its shares tumbled by one-fifth and expects profits to fall next year.

The company, which rents out temporary power generators, said it could be hit by military spending cuts in Afghanistan. The news comes despite its previous announcement of benefiting £59 million from its contract to supply power for the London 2012 Olympic Games.

In a trading update, Aggreko said: “After a year of strong growth in 2012, the economic environment we will be facing in 2013 is particularly uncertain in many of our markets and it is difficult at this stage to provide a definitive view of the likely pattern of trading in 2013.

“Also, and as expected, Aggreko will not have the benefit in 2013 of the Olympics to bolster the local business and the planned reduction in numbers of US troops in Afghanistan will lead to a further reduction in military revenues. We are also waiting to learn whether our Japanese clients intend to extend their contracts into the second half of 2013. Our current assumption is that revenues from these three items combined will be around £100 million lower in 2013 than in 2012.”

Earlier this year the company had issued a warning saying bad debts and a currency hit would impact its full-year profits.