Another 300,000 people could have been shoved into fuel poverty by the latest round of energy price hikes. That’s according to the Government’s Fuel Poverty Advisory Group (FPAG) which is […] 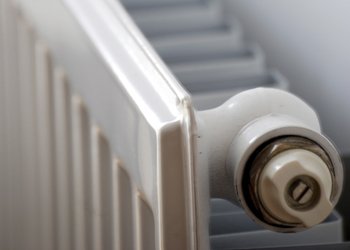 Another 300,000 people could have been shoved into fuel poverty by the latest round of energy price hikes.

That’s according to the Government’s Fuel Poverty Advisory Group (FPAG) which is demanding policymakers help make homes “fuel poverty-proof” to stop people having to choose between eating and heating.

The latest round of energy price rises has increased the average annual energy bill by around 7%, to £1,247 for direct debit customers and £1,336 for cash and cheque customers, FPAG said.

The UK has a legally binding target to eradicate fuel poverty by 2016 – but with four years to go, the advisory group worries more than 9 million households could be in fuel poverty by then.

Derek Lickorish, chairman of the Government’s FPAG said: “A toxic cocktail of rising wholesale prices, the high cost of energy reforms and cuts in incomes for many households, means fuel poverty levels are set to sky rocket without radical action. Alarm bells are ringing on fuel poverty levels. The Government must heed them to avoid abandoning the most vulnerable pensioners, families and individuals to cold homes, high bills and often ill health.”

The group’s latest report suggests the help Government offers to businesses and homes is unbalanced, as it has put money towards lessening the burden of environmental costs on major energy users but is not helping those vulnerable to fuel poverty.

The Hills Review earlier this year found nearly half of the UK’s fuel poor households are pensioners, more than a third contain someone with a disability or long-term illness, a fifth have a child aged 5 or under, and 10% a person aged 75 or over.

The FPAG group wants the £3-4 billion worth of new carbon taxes taken from firms next year to be recycled to make homes more efficient.

Weighing in on the side of the advisors, the Chief Executive of Consumer Focus, Mike O’Connor said: “A much more ambitious energy efficiency programme is vital. Not only could this slash fuel poverty levels, it would also create economic growth, create thousands of jobs and cut carbon emissions. It is a win-win opportunity that the Government must not miss.”

The Government responded cautiously but said it would consider the recommendations.

A DECC spokesperson said: “Two million households will get help under the Warm Home Discount Scheme this year, including more than one million low income pensioners who will receive £130 off their bill. We have also already announced our intention to launch a new fuel poverty strategy next year to make sure we are targeting help at those who need it most.”