The UK Government has announced it will “dramatically simplify” the controversial carbon tax, which it claims could save around businesses around £272 million in the next 20 years. Called the […] 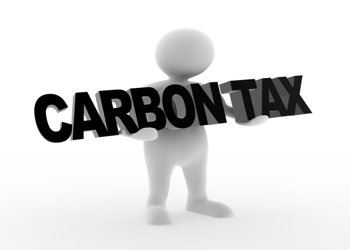 The UK Government has announced it will “dramatically simplify” the controversial carbon tax, which it claims could save around businesses around £272 million in the next 20 years.

Called the Carbon Reduction Commitment (CRC), the reforms of the scheme were announced in Chancellor George Osborne’s Autumn Statement which is expected to reduce administrative costs by 55% for UK firms.

The simplification of the CRC, which was initially an incentive for firms to be energy efficient, should make it easier for firms to “feel the benefits” of using less energy. It is also expected to support jobs in the energy savings industry by further incentivising demand for energy efficient products and services.

Energy Minister Greg Barker said: “Energy efficiency increases productivity and is good for growth so it is important that we continue to incentivise this through the CRC. We have listened to the concerns of business and radically simplified the scheme in order to cut down on administrative costs and red tape. And we will consider how to encourage new renewable on-site generation through the CRC scheme. The scheme will now be more flexible and light-touch, saving participants money and helping them to save energy.”

The Government aims to simplify the CRC from 2013, with a review of its effectiveness in 2016. It will then consider whether the CRC is the “appropriate policy” to meet industrial energy efficiency and carbon reduction targets.

Reforms of the CRC Energy Efficiency Scheme include reducing the number of fuels firms have to report against from 29 to 2 and reducing it overlapping with other climate change legislation.