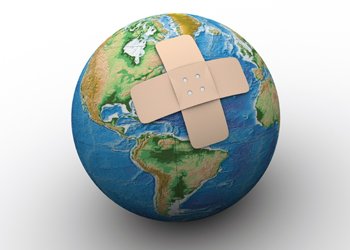 UK Energy Secretary Ed Davey has called on countries around the world to “be more ambitious” about cutting emissions after the UN’s climate change talks in Doha nearly stumbled over the weekend.

Last week’s talks had to be extended over the weekend after they were initially meant to finish on Friday, with reports of delegates in tears at the prospect of a deadlock.

Finally on Sunday, governments agreed to extend the Kyoto Protocol’s second period, so it will run from 1 January 2013 until 31 December 2020.

Conceding there had been a “modest step forward” on his return from the Doha talks, Mr Davey said: “We can be pleased that we have maintained the momentum towards a new legally binding agreement for 2020 after the Kyoto Protocol has expired.

“However, we still need countries to do more and be more ambitious about reducing their emissions if we are going to avoid irreversible climate change and prevent devastating global warming.”

Connie Hedegaard, European Commissioner for Climate Action said: “We are now our way to the 2015 global deal. It was not an easy and comfortable ride. It was not a very fast ride either. But we have managed to cross the bridge. Very intense negotiations lie ahead of us.”

A package of agreements referred to as the ‘Doha Climate Gateway’ also set rules so parties in emissions trading schemes can carry over a small number of excess carbon credits – 2.5% of CERs and ERUs – to the second compliance period. Countries which did not sign up to the second Kyoto Protocol won’t be able to carry credits over.

Some groups like the International Emissions Trading Association (IETA) hailed these agreements as an important milestone. Dirk Forrister, IETA President and CEO said: “This package offers improved continuity from existing carbon markets to the new markets of the future.”

However he added: “It still won’t inspire action at the scale commensurate with the Copenhagen objective of limiting warming to 2 degrees.  For that, we need much more clarity around a robust market mechanism that can deliver at scale.”

Harjeet Singh, international co-ordinator for disaster risk reduction and climate adaptation at charity ActionAid said: “In Doha, rich countries committed hardly any money towards the climate change tab and refused to offer any clarity on how they plan to meet their commitment to raise $100 billion (£62bn) annually by 2020.”

Mohamed Adow, Christian Aid’s senior climate justice adviser added: “What we see now is at just 0.8 degrees of warming above pre-industrial levels. Just imagine what it will be like if the world remains on course for more than two degrees of warming.”