A new type of plastic light bulb developed in the US has been developed and is already promising better energy efficiency and a better quality of light. Developed at Wake […] 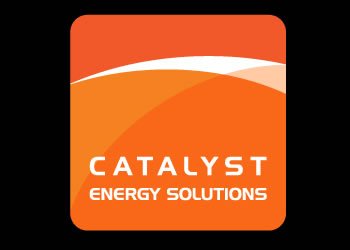 A new type of plastic light bulb developed in the US has been developed and is already promising better energy efficiency and a better quality of light.

Developed at Wake Forest University in North Carolina, researchers believe that their latest invention has enough benefits to replace current fluorescent bulbs. Created from three layers of light-emitting polymers, each of the bulbs’ layers contains nanomaterials that glow when charged with and electrical current.

Dubbed Field-Induced Polymer Electroluminescent technology – or Fipel, for short – Inventor Dr David Carroll says that his creation is a huge improvement over compact fluorescent bulbs that are often sold as ‘energy efficient’.

“Fluorescent bulbs have a bluish, harsh tint to them, “he told journalists at the reveal of his invention in the journal Organic Electronics, “it is not really accommodating to the human eye; people complain of headaches and the reason is the spectral content of that light doesn’t match the Sun – our device can match the solar spectrum perfectly. We are brighter than one of these curlicue bulbs and I can give you any tint to that white light that you want.”

Once dubbed as the future, Organic LEDs are also a distant second to Fipel bulbs, according to Dr Carroll, “OLEDs don’t last very long and they’re not very bright,” he said. “There’s a limit to how much brightness you can get out of them. If you run too much current through them they melt.”

Dr Carroll is most confident, however, in the efficiency of his new creation; “What we’ve found is a way of creating light rather than heat. Our devices contain no mercury, they contain no caustic chemicals and they don’t break as they are not made of glass.”

With a retail model pencilled for release in 2013, the Fipel bulb could have a huge knock-on effect in the worlds of both private and commercial electricity. With lighting accounting for around 19% of global power use, if the majority of light bulbs in use were switched with Fipel replacements, these low-energy bulbs would save the equivalent output of 600 power plants.

As for the bulb’s longevity? Dr Carroll says that’s not a concern for him – he’s had a prototype running in his lab for about a decade, now.