Cutting the cost of cutting carbon Guest Author – Corin Taylor Going green is vitally important, but costs and the actions of other countries matter too. As the Government grapples […] 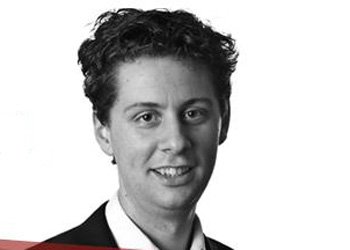 Cutting the cost of cutting carbon

Going green is vitally important, but costs and the actions of other countries matter too. As the Government grapples with the intricacies of trying to implement a once-in-a-generation reform of energy markets, it’s worth reminding ourselves of the global picture.

The main point is that coal use and carbon emissions are likely to rise significantly. Coal is the biggest environmental threat – according to the International Energy Agency, it accounts for 27% of the world’s primary energy supply but 43% of emissions.

It’s a pretty bleak picture, and in aggregate, there is not a lot that the UK, and indeed the EU, can do to change it. In 2010, the EU’s emissions were just 3.6 gigatonnes, and the UK’s just 0.6 gigatonnes. Unless the rest of the world changes course, even if the EU were to decarbonise entirely, global emissions will still increase.

That means that the main value of the UK’s (and EU’s) effort to decarbonise lies in its ability to chart a path for other countries to follow – to show that it is possible to grow an economy and burn less coal at the same time. And the big problem with our current approach is that there is an alternative model, which, so far, has been more successful.

In the US, the big energy story over the last decade has been the phenomenal growth of shale gas (covered in the IoD’s recent report on the prospects for UK shale), which has been rapidly displacing coal in electricity generation. According to the US Energy Information Administration, over the last five years, electricity generation from coal fell by 13%, and US emissions fell by 0.45 gigatonnes – more than any other country.

Not only has the US approach delivered substantial CO2 reductions, it has also led to cheaper and more secure energy. The US is set to become a net exporter of natural gas within the next 10 years, and energy costs are among the lowest in the world. A fascinating report by the German BDI industry group (covered in the Financial Times, Europe’s fears over US energy gap, 7 November 2012) points out that US natural gas prices will remain at around €16 per megawatt hour (MWh) for the rest of this decade, while German gas prices will likely rise from €48 to €61 per MWh by 2020. A similar story is true for electricity, with industrial electricity prices rising from €90 to at least €98 per MWh in Germany, compared with a rise from €48 to €54 in the US.

The UK, of course, is not Germany, but its policies are potentially even more damaging to industry. According to a recent report by the Department for Business, Innovation and Skills, the UK’s climate and energy policies, particularly the renewables programme, are adding far more to industrial electricity prices than comparable programmes in competitor countries. By 2020, UK policies will add £28 per MWh to industrial electricity prices, of which £20 will come from the renewables programme, compared to £17 in Germany, £10 in China and nothing in the US.

The Energy Bill represents a real opportunity to change course. Recent modelling work by the Energy Technologies Institute suggested that the costs of a decarbonised energy system would be £106 billion a year higher in 2050 if there is no meaningful technological improvement, and that costs would also be higher without biomass and carbon capture and storage.

The UK has a choice. Prioritise gas and the lower cost forms of low carbon energy in the short term; move quickly towards a technology-neutral approach for low carbon energy; and invest in R&D to bring down the costs of future low carbon energy sources.* Or over-subsidise the more expensive current renewables to achieve a rapid roll-out target before R&D has had a chance to make offshore wind and other sources more competitive. It is imperative that the Energy Bill gets it right.

The opinions expressed here are those of Corin Taylor and do not necessarily reflect the views of npower. For more information on the IoD, please click here.

* Dash for Gas is one of the three scenarios outlined in the recently-published npower Future Report – download your free copy here.