CCS market will be worth $8bn next year

The global carbon capture and storage market (CCS) will be worth $7.78bn (£4.9bn) in 2013 according to new analysis, which suggests governments are turning to the technology which traps the […] 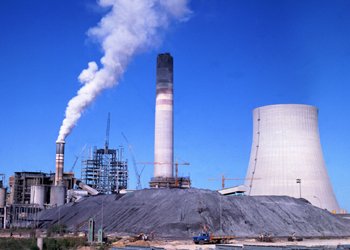 The global carbon capture and storage market (CCS) will be worth $7.78bn (£4.9bn) in 2013 according to new analysis, which suggests governments are turning to the technology which traps the carbon from emissions and stores it underground, especially when it comes to using coal (pictured).

The forecast by London-based consultancy Visiongain suggests there will be “moderate and continuous growth” in the sector over the next decade, as utility firms, gas and chemical processing plants and power -companies try to counter government-imposed taxes on emitting greenhouse gases.

Chris Haines, the lead analyst of the Carbon Capture & Storage Market report said: “Industrial emissions of greenhouse gases play a significant role in polluting air in some of the most advanced nations around the globe and governments seem to play a more proactive role in implementing policies that take the cost of pollution into account.”

They went on: “Carbon capture and storage projects are gradually being implemented, however current projects are predominantly curbed to where CO2 can be used as a commodity or policy is particularly punishing.”