‘Give carbon tax funds to the fuel poor’

The new carbon tax levied on businesses should be recycled to help people struggling to pay fuel bills, according to campaigners outraged by swingeing cuts to fuel poverty funding. According […] 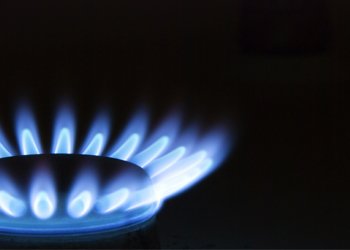 The new carbon tax levied on businesses should be recycled to help people struggling to pay fuel bills, according to campaigners outraged by swingeing cuts to fuel poverty funding.

According to a new report by the Association for the Conservation of Energy (ACE), the Government has slashed the money it gives to the fuel poor in England by a quarter (26%) from £1.191 billion in 2009 to £879 million in 2013, taking into account all the Government’s new policies.

Similarly the cash on offer for efficiency has nearly halved, says the ACE, from £376 million in 2009 to £209 million.

The research was commissioned by an alliance of more than 100 charities, consumer groups, businesses and unions. This alliance wants money from the carbon tax pumped back into schemes to help people in fuel poverty, who are defined as spending more than 10% of their income on heating their homes.

The carbon tax is a price large businesses operating in the UK must pay for their carbon emissions. Earlier this month, Consumer Focus also called for it to be used to help consumers.

Ed Matthew, Director of the Energy Bill Revolution alliance said:“The fuel poor face a triple whammy. The fuel poverty budget has been slashed, the entire cost of new low carbon power has been put on household energy bills whilst Chancellor Osborne has pocketed every penny of carbon tax. This is despite the fact there is enough carbon tax revenue to end fuel poverty forever. That is a toxic combination which will bring untold misery to millions of households across the UK.”

“The Coalition is committed to doing all that is reasonably practicable to end fuel poverty in England by 2016 and to helping people, especially low income vulnerable households, heat their homes more affordably.”