There have been mixed reactions among UK power suppliers on the Government’s Energy Bill details announced today. Some energy firms have welcomed DECC’s investment plans to increase investor confidence in […] 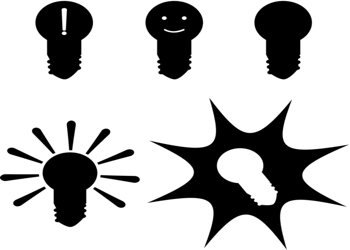 There have been mixed reactions among UK power suppliers on the Government’s Energy Bill details announced today.

Some energy firms have welcomed DECC’s investment plans to increase investor confidence in the industry whilst others are “disappointed” about the delayed decision for a carbon target.

The reaction follows Energy Secretary Ed Davey’s announcement of a £7.6 billion financial commitment for low carbon energy by 2020, up from £2.35 billion at present. He also confirmed the Electricity Market Reform (EMR) will be up and running by 2014 as initially planned, however, ditched the decarbonisation target until 2016.

Keith Anderson, Chief Corporate Officer at ScottishPower said: “We welcome the Government’s commitment to the EMR programme to deliver investment in low carbon generation needed over the next decades and in sticking to the agreed timetable. Legislation to bring forward a new incentive mechanism for investment in much needed large scale low carbon investment, together with a capacity mechanism to guarantee secure supplies, is now vital.”

EDF Energy’s CEO, Vincent de Rivaz also said it agreed the Government’s “continued commitment” to deliver the timetable for the EMR is a significant step towards proving a secure low carbon energy for the UK’s future.

E.ON suggested the Bill could be heading towards the “right direction”. Chief Executive Tony Cocker said: “We’ve consistently argued that the Energy Bill needs to meet two key considerations; giving customers value from this change and providing a robust basis for the tens of billions of pounds of investment that the UK needs… It (The Bill) provides important certainty to investors looking to deliver a secure, low carbon energy mix at an affordable cost to customers.”

However, Good Energy said it was a “missed opportunity” for the Government but welcomed the support for green energy. Juliet Davenport, CEO and Founder of the energy firm said: “We look forward to seeing the details of the Bill but the lack of a firm decarbonisation target in today’s announcement is disappointing. It’s a missed opportunity for the Coalition to make its commitment to being the Greenest Government Ever clear. However, an agreement on Government support for renewables is welcome news and will hopefully help provide greater certainty to the investment community.”

DECC also announced the EMR will include a capacity market to ensure there is sufficient, reliable and diverse capacity to meet the demand. Energy supplier npower, however, believes it is not necessary.

The firm’s CEO, Volker Beckers said: “RWE and npower still reject the need for a capacity mechanism to enable investment in fossil-fuelled generation and ask Government to ensure that those investors who moved early to invest in Britain, without the need for further support, are not penalised for doing so.”

“Britain’s energy sector is the beating heart of our economy and the lifeblood of modern society. If we fail to make energy policy simple, clear and effective for the long-term, our economy and our well-being will suffer. Today’s announcement is a small step forward but we need to see further efforts on clarity and stability.”