There was relief for firms in the heat sector when the Energy Secretary declared he hasn’t “lost sight” of how important it is yesterday. Often firms in the sector including […] 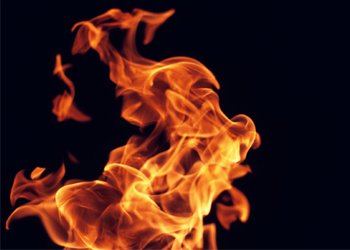 There was relief for firms in the heat sector when the Energy Secretary declared he hasn’t “lost sight” of how important it is yesterday.

Often firms in the sector including those who use a lot of heat feel they are a ‘Cinderella’, neglected in talks about power.

Speaking at the Combined Heat and Power Association’s event held with the Energy Institute, Ed Davey said the upcoming Energy Bill was “unashamedly” focused on electricity but admitted there was more to come from his department on heat.

Mr Davey said: “I don’t apologise for focusing on electricity in the Energy Bill but I want to reassure you today, I’m not losing sight of the fact that almost half of the final energy consumed in the UK is used to provide heat. Around three quarters of this is for heating buildings; the rest is in manufacturing processes. Most heat currently comes from burning natural gas. And generating heat causes around a third of UK greenhouse gas emissions. We do not hear enough about this part of the carbon equation.”

He added: “To meet our long-term climate goals, carbon emissions from buildings must eventually be near zero and emissions from industry will need to be around a third of what they are now. That means changing the way we generate, distribute and use heat.”

The senior Lib Dem also admitted the levels of renewable heat in the UK are “incredibly low” and said when he came to power this had “surprised” him: “We need to prime the renewable market, so that the supply chain builds up.”

DECC will bring out a Heat Strategy in March, earlier this year it  introduced the world’s first scheme to promote non-domestic heat, the Renewable Heat Incentive, as well as the Renewable Heat Premium Payment scheme. It is currently looking at setting up an RHI for homes.