The value of deals in the power and utilities sector has dived in the third quarter of 2012 amid a “stand-off” between buyers and sellers. A quarterly report from Ernst […] 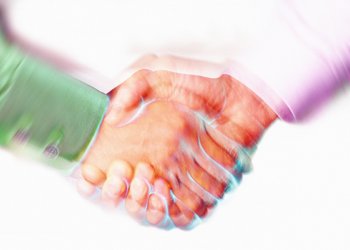 The value of deals in the power and utilities sector has dived in the third quarter of 2012 amid a “stand-off” between buyers and sellers.

A quarterly report from Ernst & Young out today shows the value of mergers and acquisitions (M&A) in the sector dropped by 60% globally, down to US$68billion (£43bn) compared to $77billion (£49bn) in 2012’s second quarter.

This was in massive contrast to a bumper crop of deals over the summer months of 2012, which witnessed eight billion-dollar-plus deals (including four over $3bn).

The last three months of 2012 saw only four deals over a billion dollars, while the average deal value was $352m (£222m), a decline of 59% compared to the quarter before.

Joseph Fontana, Ernst & Young Global Transaction Advisory Power and Utilities Leader said: “The fall-off in deal activity can be largely attributed to renewed global economic uncertainty, delays in privatisation and divestment programmes in Europe, as well as a growing valuation gap between buyers and sellers, which has led to failed deal discussions.”

Mr Fontana went on: “We have a stand-off between buyers and sellers. Buyers think assets are overpriced and the sellers are less willing to divest. It remains to be seen who will blink first. However, there is general consensus that the market is stable.”

While Europe has long been king of the power deals, this has changed fairly abruptly he added, with the United States seizing the crown.

The Ernst & Young expert added: “Europe witnessed several failed deal discussions between buyers and sellers due to a combination of asset valuation gaps and some tougher financing conditions in Western Europe. The ripple effect was seen on Asia-Pacific deal activity, whose investors, specifically Asian funds, are the likely buyers of European utility assets.”

Looking ahead, a new survey of more than 1500 global executives on M&A appetite by Ernst & Young, called the Capital Confidence Barometer for Power & Utilities, found 80% of power and utility executives think the global economy shows no signs of improvement and large transformation deals are off the table.