Cheap American energy prices “should be a worry” to British and European businesses, the Managing Director of TATA Chemicals Europe warned today. Speaking at the Combined Heat and Power Association’s […] 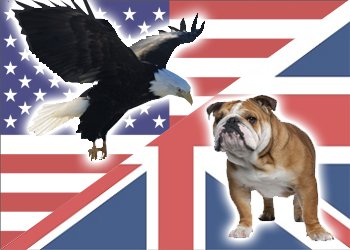 Cheap American energy prices “should be a worry” to British and European businesses, the Managing Director of TATA Chemicals Europe warned today.

Speaking at the Combined Heat and Power Association’s conference in London, Dr Martin Ashcroft also suggested major energy and heat-using industries are fed up with “simplistic” criticism over being wasteful.

Asked about the impact of the shale gas glut in the States on the UK, he told the audience: “The USA’s lack of climate change policy is a huge issue. Businesses there have access to gas which is a quarter of the price. The US is a huge competitor with us.”

The chemicals expert said firms across the Atlantic “expect nothing” soon on climate change policy despite President Obama’s support for climate issues.

Dr Ashcroft said: “That’s a worry for me and should be for European firms too.”

Energy intensive businesses in Britain have bemoaned the UK’s tough, world-leading climate policies with the various taxes including the ‘carbon tax’ – officially known as the carbon price support (CPS). The fear is excessive costs could drive firms to other locations without them.

As TATA Chemicals Europe is such a major heat user, this nearly caused a lot of concern for the company, said Dr Ashcroft.

He explained the Government’s CPS had originally spooked stakeholders, as until recently it had looked as if it would cover heat. The Chancellor’s latest announcement – that heat would be excluded – set their fears to rest but goes to show how delicate an issue environmental legislation can be.

Dr Ashcroft declared there was no point trying to “change the chemistry” of processes which make everyday products: “Wishing for the laws of energy to change would be far too glib.”

He dismissed as “simplistic statements which are not helpful”, some comments from an MP who he declined to name, who apparently stated at a recent event ‘Energy Intensive Industries are 10% of our CO2 emissions and only 3% of our GDP’.

Large heat and power users have already taken pains to make their sites as efficient as possible, he said, adding they work to support the economy with the materials and products it needs: “We don’t just do it for fun.”