With half of the world’s energy wasted we should be spending more time and cash on energy efficiency. That’s the concern of experts at 5th Energy, the energy managing firm […] 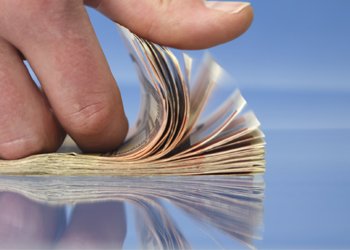 With half of the world’s energy wasted we should be spending more time and cash on energy efficiency.

That’s the concern of experts at 5th Energy, the energy managing firm which works with private firms as well as the public sector and has the motto, “you don’t get more efficient than off”.

They point to research by the Lawrence Livermore National Laboratory in the United States, which suggests 56% of all energy generated in the world is wasted.

Richard Hilson, Client Partner at 5th Energy said: “There is surely a strong argument for putting a far higher priority to scrutinising and exploiting all viable energy efficiency opportunities, which are becoming more viable by the day as technology decreases in price and energy prices increase.”

He questioned the need for splashing money on more generation before we cut back on energy usage: “Isn’t it pragmatic to focus a proportionate amount of investment, with a predictable minimum rate of return on energy efficiency measures and ‘education’, than to put such a large emphasis on the generation side?”

Referring to the hit industry conference hosted by ELN this month, he added: “A speaker at Energy Live 2012 suggested energy demand would increase by 50% over the next 15 years – why should it? Why not take the Asda/Walmart numbers mentioned – a 20% increase in stores, yet a reduction in energy consumption. Imagine if all sizes of building, forms of transport and individuals followed suit.”