MPs warn aviation and shipping should be in Climate Act

UK MPs have warned the Government that excluding aviation and shipping from the Climate Change Act would “water down” the country’s 2050 target. The Energy and Climate Change Committee has […] 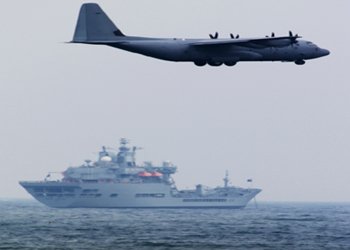 UK MPs have warned the Government that excluding aviation and shipping from the Climate Change Act would “water down” the country’s 2050 target.

The Energy and Climate Change Committee has written to the Economic Secretary to the Treasury Sajid Javid, the Secretary of State for Transport Patrick McLoughlin and the Energy and Climate Change Minister Greg Barker telling them the exclusion would “not be consistent” to avoid global temperature rises of 2°C. It would also result in tougher decarbonisation targets for the rest of the economy.

The letter states: “The advice of the Committee on Climate Change is very clear on this issue: if we are to make our fair share of effort towards a global 2°C climate objective, annual UK greenhouse gas emissions – including international aviation and shipping emissions – need to fall to around 160 MtC02e (Metric Tonne Carbon Dioxide equivalent) by 2050.

The warning comes as a new report by PricewaterhouseCoopers suggested the world is heading towards a 6°C of global warming. It estimated carbon emissions of around 5.1% needs to be reduced between now and 2050 to limit warming to 2°C.

Tim Yeo MP, the Committee Chair said: “The aim of the Climate Change Act was to demonstrate British leadership in the international effort to avoid a global temperature rise of 2°C, widely regarded as a dangerous potential tipping point for the climate. If aviation and shipping emissions are now excluded, the overall target reduction for all other sectors would need to be increased from 80% to around 85%.”