More airports in the UK will damage the UK’s chance to hit climate change targets and force British business to cut more emissions, campaigners have warned after the Government set […] 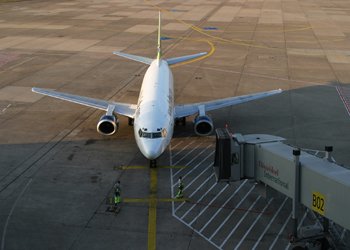 More airports in the UK will damage the UK’s chance to hit climate change targets and force British business to cut more emissions, campaigners have warned after the Government set up an inquiry into the UK’s aviation industry.

A panel of six experts on the Independent Airports Commission will look at whether the country needs more airports and if so, where and when they would be best placed, the Department for Transport said on Friday.

Reporting back on the findings by no later than the end of 2015, the Commission is meant to also look at the possible “environmental costs” alongside the economic and social impact.

Rhian Kelly, CBI Director for Business Environment policy said: “The enquiry has some difficult questions to tackle but constraints on airport capacity are already impacting on the UK’s competitiveness, so we can’t afford to duck the tough issues any longer.”

Environmentalists said they were pleased the Commission’s chair Sir Howard Davies, former head of Financial Services Authority, had suggested climate change targets for 2050 will provide the framework for discussions on airport capacity.

However they claimed airport expansion would have a “devastating” effect on local communities and the burden for cutting carbon would fall on homes and businesses.

Friends of the Earth’s Senior Campaigner Jane Thomas said: “Without significant changes to the already hugely privileged aviation industry, we will fail to meet our climate change targets – the Commission must be led by the requirement to reduce carbon emissions. Aviation emissions cannot carry on growing in the years ahead – as this will lead to UK households, industry and commerce bearing more than their fair share of emissions cuts.”

The UK is legally obliged to cut greenhouse gas emissions by 80% compared with 1990 levels.