Independent commercial renewables in Scotland ‘could be generating £200m a year’ 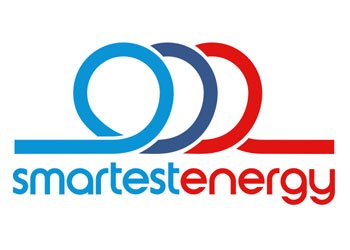 Smaller-scale renewable energy projects in Scotland– including wind turbines erected by community groups and farmers to provide new income streams – could now be generating some £200m worth of power a year, latest estimates suggest.

According to figures compiled by SmartestEnergy, there are now around 280 independent, commercial-scale projects across the country with a total capacity of 750MW – equivalent to a small conventional power station and enough to power more than 500,000 households.

The projects, including wind, hydro and marine energy schemes, are generating valuable income for communities, landowners and businesses.

“Depending on weather conditions and other factors we estimate that with current energy prices these projects could together be generating power worth something in the order of £200m a year,” said Iain Robertson, Generation Sales Manager for SmartestEnergy, which purchases electricity from independent generation sites and supplies large consumers including Marks & Spencer.

The company established an office in Glasgow a year ago to meet increasing demand from project developers and has reported strong growth in the market over the past 12 months.

“Rising energy prices and the introduction of financial subsidy schemes including the Feed-in Tariff have sparked huge interest in the development of independent generation projects,” said Robertson.

“Our estimates of the size of the market show how the combined strength of a large number of smaller-scale projects can have a real impact both in terms of generating income and in helping Scotland meet its climate change targets.”

Since the Glasgow office was established, SmartestEnergy has increased the number of projects it is working with to more than 90, almost a third of the market in Scotland.

Projects in Scotland which SmartestEnergy buys electricity from include:

Community :  Udny Community Turbine, Aberdeenshire – an award-winning project developed by the 2,500 residents of Udny Green and Pitmedden and generating around £100,000 a year for good causes in the area

Landowner: Conaglen Estate, Highlands – one of Scotland’s most prestigious sporting estates which has developed a number of hydro schemes to help meet its energy needs and generate income

Business:  Aberdeen & Northern Eggs – the family-owned business behind the Farmlay brand which has installed a turbine to generate electricity to power farm buildings and packing lines for the company

Not-for-profit sector: The Hydrogen Office – a demonstration project in Methil, Fife which aims to highlight the potential for renewable energy and hydrogen to reduce carbon emissions and provide security of supply.