Trust weighs on minds of suppliers at Energy Live 2012

Customers’ trust in energy companies is clearly weighing on the minds of suppliers, after it was one of the main topics on the table at the Energy Live 2012 conference in […] 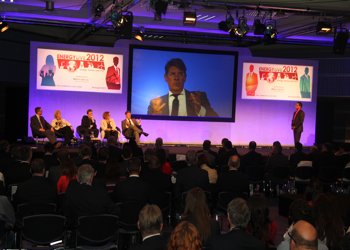 Customers’ trust in energy companies is clearly weighing on the minds of suppliers, after it was one of the main topics on the table at the Energy Live 2012 conference in London today.

Speakers from four of the UK’s gas and electricity firms all declared trust between suppliers and customers is vital and needs to be “earned”.

With an eventful past month – the Prime Minister’s proposal for suppliers to offer their lowest tariffs to consumers, Ofgem’s plans for a simpler and fairer market and energy companies raising their gas and electricity prices, trust has been hogging the headlines.

After challenging a question that it was “easy” to win trust from customers, Sara Vaughan, Head of Strategy and Regulation at E.ON said: “Trust in an energy company becomes increasingly important at a time of change and I would certainly say that everybody’s trust in us – customers’ trust in us – is not where we would want it to be.

The head of energy firm npower suggested everyone, including the Government, has a role to play to create a trustworthy relationship.

Chief Executive Volker Beckers said: “We are about to transform from a commodity supplier to service providers or service partners. It makes it particularly hard if you do not have a level of trust to become a partner of your customers. We all have a role to play here and it’s more important than ever that we can sign off what I call a tri-party contract between Government, customers and the energy industry.”

After quipping she was a member of the ‘Challenger Seven’, Juliet Davenport, CEO and founder of Good Energy said the focus should be on the customers rather than suppliers: “I think politically too often the debate is about what energy companies do to customers rather than actually customers themselves and actually can they be part of this marketplace?

“Today one of the biggest challenges is… the majority of customers are managed by six large companies so the distance between customers and companies is huge and it’s really tough to get engagement and therefore to get trust.”