Big British retailers will be forced to find a total £1billion worth of extra sales to counter the newly introduced carbon tax. In a tough economic climate when shoppers are […] 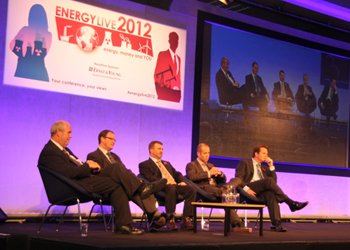 Big British retailers will be forced to find a total £1billion worth of extra sales to counter the newly introduced carbon tax.

In a tough economic climate when shoppers are reluctant to splash the cash, supermarkets and clothing chains will have to work even harder to combat the cost burden of the Carbon Reduction Commitment.

This was the worry of energy managers at Energy Live 2012 today when experts from some of Britain’s top brands gathered to share tips and concerns for energy saving.

He told the audience of energy users: “Looking across retail per se, it’s the equivalent of an extra £1bn on sales that retail across the sector has got to generate to pay that tax – at a time when sales are falling because people aren’t spending as much.”

He warned: “Eventually, [the CRC] will drive industry out of this country.”

Asda like many other retailers is already spending around £15-20million a year on energy reduction measures.

For many this has meant the Government switching the CRC from an incentive which recycled money to firms who cut energy well, to a plain tax, has seemed unfair.

Mr Olivant went on: “ASDA per se welcomes anything that drives change and the CRC, done in its initial form would have been great. We worked hard and we thought we were going to get a lump of cash back. We weren’t surprised at change of rules – we were just surprised by how quickly it came.”

Others echoed his scepticism. Haydn Young, Chief Executive of sustainability consultancy Gaia Active said: “The Treasury thinks it is imposing legislation because the market isn’t doing enough. The great irony is, I would do more if there wasn’t all this paperwork.”

However he added the CRC had at least jolted the bosses of firms into action.

The former consultant to National Grid said: “When started, it was important for raising the agenda in the boardroom. To some extent it has helped energy managers. It does give a shock tactic and helped businesses I work with decide to go for metering when it could have dragged on and on.”