Energy Minister John Hayes is in trouble with his boss after telling the Daily Mail the Government is turning its back on onshore wind. The newly appointed Tory minister has […] 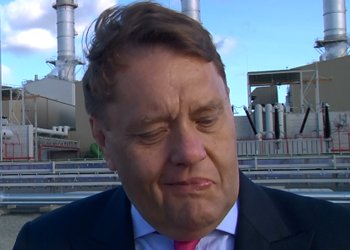 Energy Minister John Hayes is in trouble with his boss after telling the Daily Mail the Government is turning its back on onshore wind. The newly appointed Tory minister has been wrapped over the knuckles by his Lib Dem boss Ed Davey with a terse response saying there’s been “no change” in Government policy.

The Mail reported Mr Hayes (pictured) had said the march of onshore wind was at an end declaring  ‘enough is enough’ and turbines had been ‘peppered around the country’ with little or no regard for local opinion. The paper claims he told them: “The onshore wind debate is skewing the whole debate, which is not good for the Government, not good for people and not good for the renewables lobby. We can no longer have wind turbines imposed on communities. I can’t single-handedly build a new Jerusalem but I can protect our green and pleasant land.

“Firstly, I have asked the planning minister to look again at the relationship between these turbines and the landscape. It seems extraordinary to have allowed them to be peppered around the country without due regard for the interests of the local community or their wishes. We have issued a call for evidence on wind. That is about cost but also about community buy-in. We need to understand communities’ genuine desires.”

It also claims he said no more should be built stating: “Even if a minority of what’s in the system is built we are going to reach our 2020 target. I’m saying enough is enough.”

This morning however Ed Davey has issued a strong rebuke of his coalition partner with a source reportedly saying: “John does not decide government policy. There will be no change. We are in a coalition government, not a single party government and definitely not a single minister government. We are determined to make sure the coalition lives up to the Prime Minister’s pledge to make it the greenest government ever.

When ELN contacted DECC this morning there was clearly a sense of fluster about the row. A spokesman said: “Nothing has changed at all with wind policy and the comments made do not reflect Coalition policy. What’s been reported is not the speech the Minister gave at the Renewable UK conference. The call for evidence on wind began on the 20th of September and is ongoing. The Secretary of State is lead on energy policy.”

Mr Hayes comments reflect a swathe of Tory opinion as earlier this year more than a hundred Conservative MPs signed a letter sent to the PM urging him to take a more sceptical view of wind. Onshore wind has had many critics who say it’s being over subsidised and is an eyesore which often affects property prices.

The row comes on the eve of Energy Live 2012 where Mr Davey will take questions from an audience of 400 energy managers.