The European Commission has launched an investigation into the UK Government’s approval of a new £1billion gas power station in Wales following a complaint from campaigners. The Welsh branch of […] 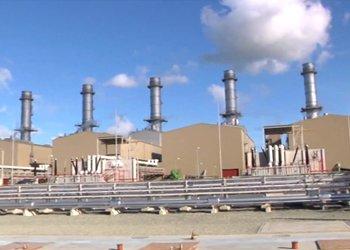 The European Commission has launched an investigation into the UK Government’s approval of a new £1billion gas power station in Wales following a complaint from campaigners.

The Welsh branch of environmental group, Friends of the Earth Cymru, claims wastewater from the Pembroke gas plant in Wales (pictured) could have an adverse effect on the local marine life. Officially opened last month, the plant is the largest of its type in Europe and is located by the estuary of river Cleddau.

Water pumped back into the waterway after being used in the plant’s cooling system is slightly warmer than the natural temperature. The plant’s engineers have said this has minimal impact on wildlife. However last week Friends of the Earth claimed this heat could potentially kill millions of fish and other marine species in the protected Milford Haven waterway every year. They claim it is also a “colossal” waste of energy.

The environmental organisation has welcomed the start of legal action, which means the UK Government is one step nearer being referred to the European Court of Justice.

Gareth Clubb, Director of Friends of the Earth Cymru said: “Time and time again we have pointed out that the UK Government acted unlawfully in allowing this technology to be used in Wales, which is considered substandard in the USA and England.

“Industry can exist alongside Pembrokeshire’s magnificent wildlife and the tourism it supports, and jobs can be created without this devastating cost to our environment. But we must use the best technology and the highest standards to make sure this coastline is given the protection it deserves.

Energy supplier npower which owns the plant said in a statement: “This is clearly a matter for the Government and the European Commission. As we have not been contacted by either party and are not directly involved, we are not able to comment in any further detail.”

The Government admitted the EU has made a formal complaint. A DECC spokesman said: “On Tuesday 24 October 2012 the European Commission issued a formal notice of infringement for the Pembroke CCGT power station. The Government has two months to respond and we are currently considering our response.”