The energy sector is more than pulling its weight when it comes to heaving the nation out of recession. A new report has found investment in the UK over the […] 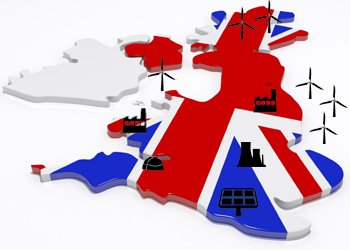 The energy sector is more than pulling its weight when it comes to heaving the nation out of recession. A new report has found investment in the UK over the last four years reached £43billion, the news comes the week after official figures showed Britain is no longer in recession with the economy growing 1% on last year.

Called ‘Powering the UK’, the new report from global analysts Ernst & Young on behalf of Energy UK, found investment in the sector reached more than £10 billion in 2011 alone. With energy companies’ investment at a 20-year high, more was spent than on any other sector, through spending on power generation, networks, gas storage and important facilities.

The knock-on effect of creating jobs in engineering and building, as the report suggests, means “a pound spent on investment in this sector has a larger indirect effect on the rest of the economy than most others.”

The report goes on: “Each new direct job in the energy sector generally supports well in excess of three jobs elsewhere in the UK economy.”

However the confidence investors felt in order to spend could be at risk, according to trade association for the sector Energy UK which commissioned the research.

Angela Knight, Chief Executive of Energy UK said: “There are challenges ahead and worryingly, the investment climate is becoming more uncertain. The UK needs to move swiftly to give certainty to the industry and its investors by putting in place the right policies and the right regulations to ensure that the investment that is needed in new power generation and in the transmission network goes ahead.”

He said: “With Electricity Market Reform still to be delivered in final form and short term expedient seeming to drive many recent statements, delivering that confidence cannot be taken for granted.”