A 7% average rise in energy bills this winter could force 314,000 more households into fuel poverty. That’s the view of uSwitch, whose comment follows the recent increase in gas […] 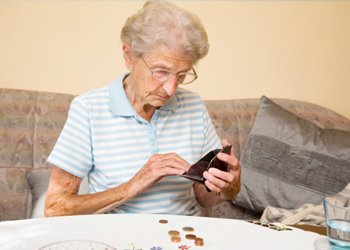 A 7% average rise in energy bills this winter could force 314,000 more households into fuel poverty.

That’s the view of uSwitch, whose comment follows the recent increase in gas and electricity prices from five of the ‘Big Six’. EDF Energy was the last supplier to confirm a 10.8% rise last week, the highest so far.

The price comparison site claims the price hikes averaged at 7% (or £90) will pile an extra £753 million onto household energy bills, which will go up to £1,334 by December 7.

Ann Robinson, Director of Consumer Policy at uSwitch.com said: “The figures speak for themselves. Taking this winter’s price hikes into account, the average household energy bill has rocketed by 156% since 2004. This is why consumers believe that energy is rapidly becoming unaffordable and why almost nine in ten (87%) will be rationing their energy usage this winter.

“Because energy is such a basic need, you cannot have a winter price hike without casualties. The most visible are the 7 million households who will now be living in fuel poverty but there will be hidden victims too, many of whom will be gambling with their health or well-being as they turn their heating down or off in response to higher prices.”

E.ON was the only supplier that guaranteed not to increase its prices this year.