Scottish Power is the latest energy supplier to increase its domestic gas and electricity prices by 7%. The new price, which will come into effect on 3rd December, follows British […] 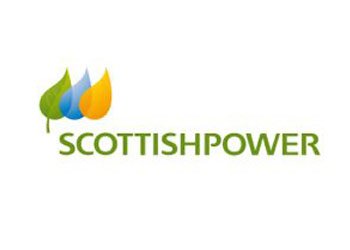 Scottish Power is the latest energy supplier to increase its domestic gas and electricity prices by 7%.

The new price, which will come into effect on 3rd December, follows British Gas and npower’s announcement of a hike in energy prices last week. SSE’s new price announced earlier this year has also kicked in today.

Scottish Power claims around 700,000 consumers who are on a Fixed or Capped Price energy deal will not see an increase but it will affect 2.3 million households. These homes could pay as high as £1,349 for their gas and electricity.

Neil Clitheroe, CEO of Retail and Generation at Scottish Power said: “We work hard to protect our customers and we regret that we’ve had to announce a price increase today. We reduced our gas prices in February but for most of the year we have been absorbing increased costs especially for transporting gas and electricity to our customers’ homes and the cost of delivering energy efficiency programmes.

“However, we remain committed to continuing to work with the Government to help reduce the amount of energy we all use and help our customers reduce their energy bills over the longer term.”

Price comparison site uSwitch.com is concerned the price hikes will affect an increasing number of people’s health as more households could go through this winter without heating to prevent higher energy bills.

Ann Robinson, Director of Consumer Policy said: “Today’s move will be no surprise but consumers will be disappointed and angry that these increases will be hitting them in the winter when the blow will be felt hardest. Over eight in ten households rationed their energy usage last winter – this now looks set to rise and will have a detrimental impact on some people’s health and well-being.”

Adam Scorer, Director of Energy at Consumer Focus added: “The volley of price hikes all coming in during the winter period will fuel consumer concerns about the energy market. Every time this happens it makes it difficult for consumers to believe that price rises are driven by real supply and demand issues. It feels as if companies raise prices in a pack because they see safety in numbers… When half the market raises prices in just four days, consumers will question whether this is in response to volatile commodity costs or simply pack behaviour.”

Only energy supplier E.ON has vowed not to raise its energy prices this winter.