British Gas domestic energy prices are set to rise by an average of £80 a year. The  supplier has announced a 6% rise for gas and electricity prices from November […] 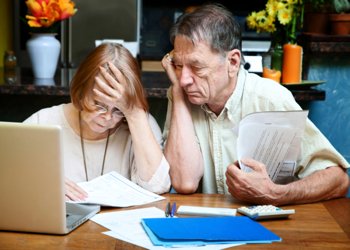 British Gas domestic energy prices are set to rise by an average of £80 a year.

The  supplier has announced a 6% rise for gas and electricity prices from November 16th which will affect around 12 million households.

The news comes despite Centrica, owner of British Gas, making £1.45 billion in profits in the first half of the year, which included a 23% rise in pre-tax profits at British Gas.

Last week the firm said it would do everything it could to avoid a rise and “leave it as late as we possibly can”. It follows speculation about all the major energy suppliers possibly raising energy prices this winter after SSE announced a 9% hike, which will come into effect next week.

British Gas Managing Director, Phil Bentley, said: “We know that household budgets are under pressure and this £1.50 per week rise will be unwelcome.  However, we simply cannot ignore the rising costs that are largely outside our control, but which make up most of the bill.

“Britain’s North Sea gas supplies are running out and British Gas has to pay the going rate for gas in a competitive global marketplace. Furthermore, the investment needed to maintain and upgrade the national grid to deliver energy to our customers’ homes and the costs of the Government’s policies for a clean, energy efficient Britain are all going up.

“We are offering a huge amount of help to customers to help them cut the amount of energy they use and keep their bills under control. We’re also spending more than any other energy company on people who need the most help.”

Commenting on the price rise Energy Minister Greg Barker told the BBC this morning: “There are no easy answers here. There’s no way to dress this up as anything other than tough for people who are struggling with bills. This isn’t welcome news but what they expect from a responsible government is we’ll help them in taking decisions in the short term and also get a grip on the market to get it to deliver better value in the future.

“There’s not a quick fix. Anyone who tells you there is, isn’t telling the truth. But we are undertaking the most profound reform of the British energy sector since privatisation.

He added the long awaited EMR and Energy bill will shake things up: “We’re going to introduce more choice by creating a more vibrant competitive market and attracting in new players and reducing our dependence on expensive foreign gas which has been the primary driver of price increases.”

E.ON is the only supplier which has promised not to increase its gas and electricity prices in 2012.