Businesses think carbon reporting will be “almost as common” as turnover reports in two years, claims a new survey. A new survey of more than 400 CEOs, MDs, FDs, Sustainability […] 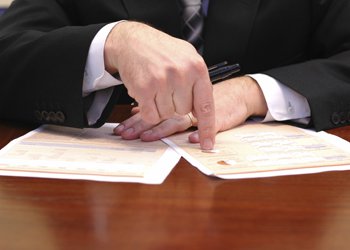 Businesses think carbon reporting will be “almost as common” as turnover reports in two years, claims a new survey.

It suggests carbon and waste reporting will be almost as common as detailing turnover by 2014. Not only this but sustainability is seen as a driver of success for seven in ten firms, while nearly four in ten put it at the core of their business strategy.

According to the research by Temple Group ‘increasing efficiencies to drive profit margins’ remains a critical business driver with 43% of respondents.

Chris Fry, Director of Temple Group said: “Every business is different and as this survey shows, each will need to prioritise the sustainability issues that are most relevant to their activities.

“It is clear that many are progressing well beyond a narrow and ‘defensive’ treatment of acute sustainability risks and costs to engage with a wider range of longer term business issues and opportunities.”

With energy prices rising and set to soar over the next five years, and mandatory carbon reports looming in early 2013, the majority of responding businesses (up to 95% of the largest firms) pinpoint energy as their main focus for resource efficiency.

Mr Fry added: “A growing minority are also starting to embrace and realise the value creation potential by focusing on the sustainability facets of their goods and services.”