Energy Secretary Ed Davey has called for more investment in new gas generation in the UK saying it is “completely consistent” with the nation’s plans to cut carbon emissions. Speaking […] 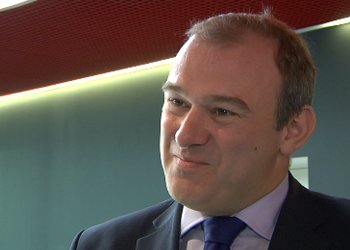 Energy Secretary Ed Davey has called for more investment in new gas generation in the UK saying it is “completely consistent” with the nation’s plans to cut carbon emissions.

Speaking at the GasTech conference this morning, he said gas would be as important for Britain as in the past and would play an important role for the nation’s energy security. He said it was the single most important fuel in the UK’s energy mix last year as more than £22 billion worth of natural gas was sold in the UK. It also provided around 68% of the country’s heating and accounted for 37% of the primary energy use.

He added in electricity generation alone, he expected around 20GW of new gas capacity to be built between now and 2030.

Mr Davey said: “First of all, gas will obviously continue to be the key energy source for heat in many of our buildings in Britain, for years to come. But in electricity generation too, I see unabated gas playing a very significant role throughout the 2020s and increasingly as back-up or with carbon capture and storage, through the 2030s and 2040s.

“A substantial investment in gas generation and gas import infrastructure here in the UK is completely consistent with Britain’s plans to cut carbon emissions, set out in our Carbon Plan. In electricity generation alone, I expect new gas capacity of around 20GW to be built between now and 2030.”

He added the UK would need around £110billion worth of investment in electricity generation and transmission by 2020.

Davey’s comments come as a group of businesses today wrote to Chancellor George Osborne and the Energy Secretary demanding a power sector decarbonisation target for 2030 in the Energy Bill. They threatened to withdraw investment if the Government did not set a long-term stable policy framework.