Rising energy bills could have such a “catastrophic” effect that 7% of businesses say they could go bust. Statistics released reveal firms fear dire consequences if energy bills continue to […] 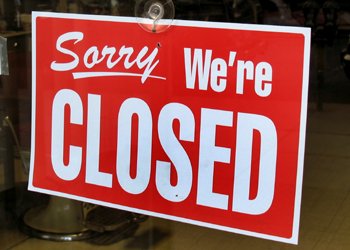 Rising energy bills could have such a “catastrophic” effect that 7% of businesses say they could go bust.

Energy Forecaster, the new UK business energy experts, suggested this means more than 300,000 UK businesses could be forced to fold if energy prices continue to rise.

Despite this, just over a fifth of UK businesses say they do not have the time or motivation to switch supplier, even though it could save them money.

The warning comes from Energy Forecaster’s second quarterly Business Energy Barometer, which surveyed 500 people responsible for energy in businesses with between 1 and 249 employees. The first Barometer was launched in May 2012.

James Constant, Chairman of Energy Forecaster said: “The Barometer results clearly show that businesses need to start actively engaging in the market and paying attention to what is going on around them if they want to start dampening their concerns.”

The advisors believe changes to the energy market are not helping business customers as much as they could.

Robert Buckley, Energy Forecaster Advisory Panel member said: “It is becoming simpler to manage energy bills in the home. Unfortunately, those same changes have not transferred to the commercial market, so it is understandable then that business energy continues to be a bit of a minefield.”

The Barometer also shows that there is plenty of scope for businesses to take steps to save energy.

While more than half of businesses have introduced or strengthened policies to save energy and two thirds have energy-efficient lighting,  42% say they wouldn’t put a member of staff in charge of energy efficiency.

Just one in 10 firms (11%) have an energy management system, while one in five businesses would not even consider installing a smart meter – 8% more than the last Barometer.

Lisa Waters, also on the Energy Forecaster Advisory Panel said: “From a government perspective, the fact that one in five of businesses will currently not even consider installing a smart meter is bad news. This raises the question of why; is it because they don’t know what they do, or that they think it will incur costs? Whatever the reason, with the planned roll-out, the government needs to do more to raise awareness of the technology and the benefits it can bring.”