Noticed those black and white squares in asymmetrical check patterns on the corner of magazine adverts – the ones you can scan with your smartphone to find out more information? […] 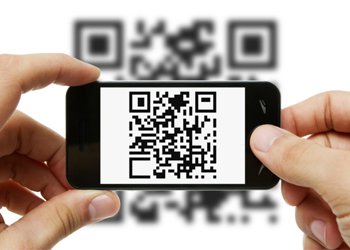 Noticed those black and white squares in asymmetrical check patterns on the corner of magazine adverts – the ones you can scan with your smartphone to find out more information?

Known as quick response or QR codes, the Government is thinking about putting them onto energy bills. In an announcement last weekend Energy Secretary Ed Davey said they could play a role in getting better information to consumers.

Putting the codes on energy bills or annual statements could make it possible to check energy usage, pay bills and even switch energy tariff through their mobile phones.

The Department of Energy and Climate Change told ELN it wants research on this done by Spring 2013, which means they could probably make their way onto bills some time afterwards.

Designers of QR codes think they could be “valuable” to both customers and suppliers.

Nial Chapman at QRPro, which has created codes for retailers such as M&S to put on adverts, told ELN: “With the right mobile website infrastructure, the introduction of QR codes on energy bills may open up a world of possibility for both the energy firms and the consumer.

“From the energy company’s point of view a unique QR code on a bill could pass the consumer directly (with the addition of a password identifier) to their account details on the mobile phone.”

He added: “The QR codes could also be used as a valuable consumer tool, pushing consumers to a mobile website that shows their energy usage… This could then direct users to services which facilitate the easy switching between energy suppliers.”

Desperate for a good public image, suppliers themselves clearly think any way of opening up to the public would be a good thing.

While E.ON couldn’t say when they might bring in the technology, a spokesman told ELN: “It’s clearly something we’ll look at and obviously see what other initiatives we can push forward that customers want.”

EDF Energy didn’t specifically mention the codes but the French-owned supplier which has come last in Consumer Focus’s recent consumer ratings poll for customer complaints, did say it is “continuing to explore the possibilities and means of interaction with customers, including online and digital services”.

British Gas, the largest supplier of gas and electricity in the UK, sounded the most enthusiastic about the monochrome squares: “QR codes may have a role to play in how customers manage and access personal energy consumption data.  We are reviewing how this can be done, alongside the Government’s miData project.”

But could QR codes be an eye-catching gimmick for government and suppliers to show they’re making changes?

Gillian Cooper, Head of Energy Retail at Consumer Focus said: “Any move that helps take the hassle out of identifying and moving to a better energy deal is to be welcomed.”

However she is hesitant about how far-reaching their impact could because only a minority of consumers scan QR codes.

She added: “Although there’s rapid growth, smart phones still only account for 38% of the mobile market. QR codes need to be one part of a wider strategy to encourage people to switch their supplier more easily. It is also true that groups such as older people that stand to benefit most from a better deal on energy are the ones least likely to be in a position to take advantage of QR codes.”