Ofgem’s tough warning to energy suppliers about their energy efficiency responsibilities has garnered praise from the Energy Secretary, consumer bodies – as well as suppliers themselves. Ofgem released an open […] 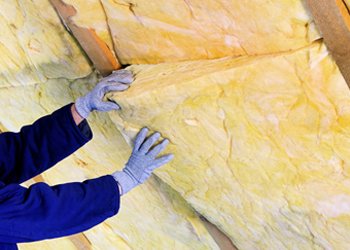 Ofgem’s tough warning to energy suppliers about their energy efficiency responsibilities has garnered praise from the Energy Secretary, consumer bodies – as well as suppliers themselves.

Ofgem released an open letter to suppliers on Friday warning it could hand out fines if they miss deadlines for schemes like CERT and CESP which require firms to pay for energy saving measures such as insulation into homes.

Energy Secretary Ed Davey said: “I am pleased to see that the regulator is holding energy suppliers’ feet to the fire on delivering against the targets for CERT and CESP.”

Audrey Gallacher, Director of Energy at Consumer Focus said: “That means better integration of the schemes and responsible sharing of data about who is eligible and would most benefit.”

Angela Knight, the new Chief Executive of Energy UK which represents the ‘Big Six’ firms as well as smaller suppliers, agreed identifying the people who need to receive help as a priority has been a “challenge”.

She said: “More than £5 billion is being spent over four years. We know there is more work to be done. We think this guidance from Ofgem is very helpful and will ensure that companies continue working hard to reach those who are most in need.”