The Government’s proposed new definition for fuel poverty is “flawed” and poor households will still lack affordable warmth. That’s according to National Energy Action (NEA) which is “disappointed” about DECC’s […] 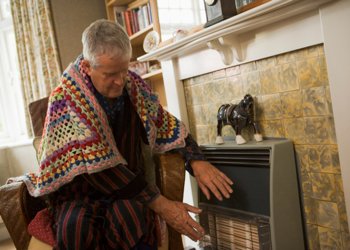 That’s according to National Energy Action (NEA) which is “disappointed” about DECC’s plans to redefine fuel poverty in the UK.

Under the new proposals, the Government is expected to cut the number of people classified as living in fuel poverty and only people with low incomes and above average energy costs will be counted as fuel-poor.

Ron Campbell, Chief Policy Analyst at NEA said the new measures would not improve the situation.

He sad: “NEA is disappointed that after a protracted pre-consultation debate the Government has not listened to the unanimous voice of fuel poverty campaigners all of whom argued that the proposed new definition was flawed. The Government’s proposals mean that the number of fuel-poor households in England will reduce significantly without any actual improvement in their circumstances; in reality they will still lack access to affordable warmth.”

Environmental group Friends of the Earth is also concerned about the new proposals.

Dave Timms, the group’s Warm Homes campaigner said: “With one in five households unable to afford their energy bills, the Government’s priority should be urgent action to insulate homes and make them cheaper to heat, rather than re-defining the problem.

“The new definition of fuel poverty has a number of pros and cons and these must be carefully considered before it is introduced. Whatever the measurement, the Government must have a legal duty to rapidly end the scandal of vulnerable people shivering in cold and draughty homes that make them ill, cost a fortune to heat and contribute to climate change.”

Under the new measure, the number of people in fuel poverty is expected to reduce to 2.9million by 2016.