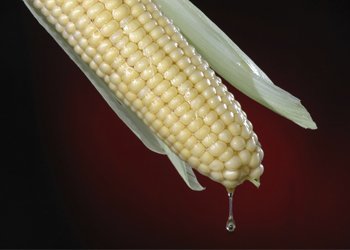 The charity’s demands came the day before EU Commissioners confirmed new draft legislation – which was leaked to the media last week – will see the EU limit its crop-based biofuels transport quota to 5%.

Previously EU biofuel laws demanded that 10% of transport energy should come from renewable sources by 2020.

In its report yesterday Oxfam warned European targets to replace fossil fuels with biofuels are contributing to the current spike in food prices by significantly increasing demand for certain crops, with a knock on effect of greater hunger and malnutrition in poor countries.

Oxfam’s report The Hunger Grains states the land needed to power European cars with biofuels for just one year could produce enough wheat and maize to feed at least 127 million people.

The international aid charity suggested even a lower biofuels quota of 5% would not keep prices at a reasonable level.

Barbara Stocking, Oxfam’s Chief Executive said: “The EU must recognise the devastating impact its biofuel policies are having on the poorest people through surging food prices, worsening hunger and contributing to climate change. The UK government must act on the growing evidence and put pressure on other EU governments to scrap the current biofuel mandate now and not set any new targets.”

The Government said its own research in April 2012 for its Bioenergy Strategy found more “flexible” biofuels targets could lower farming prices.

A Department for Transport spokeswoman said: “Part of the research used to develop this strategy showed that introducing more flexibility to biofuel targets could help to reduce the price of agricultural commodities in times when prices spike.”

No policy decisions have been made at this stage though, she added, although biofuels are likely to be “increasingly important” where there is no viable alternative liquid fuel for example with planes and heavy goods vehicles.