Ed Davey: Gas will be used as ‘back up’

The Government claims gas-fired power plants will only be used as a “back up” or fitted with CCS technology after 2030. The comment follows an open letter from the Climate […] 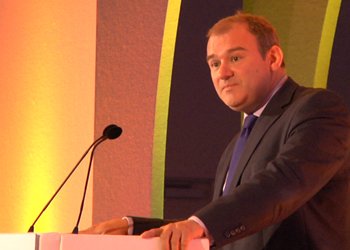 The Government claims gas-fired power plants will only be used as a “back up” or fitted with CCS technology after 2030.

The comment follows an open letter from the Climate Change Committee today warning the Government about its gas investment plans. It suggested the Government should set a carbon intensity target and get rid of coal and gas-fired plants without CCS technology.

In response Energy Secretary Ed Davey said: “We are currently considering a 2030 electricity decarbonisation target but our existing plans are consistent with significant decarbonisation of the power sector.

“We are absolutely committed to meeting our statutory carbon budgets. That is why we are pushing through ambitious reforms to overhaul existing old fossil fuel power plants, replacing them with new low-carbon forms of power generation.

“We have always said this will include gas fired plant, which is quick to build and flexible. After 2030 we expect that gas will only be used as back up or fitted with Carbon Capture and Storage technology.”

However, he said gas would have an important role to play towards a low carbon grid alongside renewables and nuclear power.