Government must put in place a “long-term strategic approach” if nuclear power is to play a significant part in the UK energy future. That was the message from a report […] 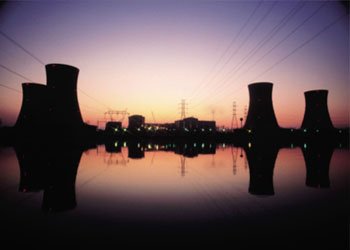 Government must put in place a “long-term strategic approach” if nuclear power is to play a significant part in the UK energy future. That was the message from a report released yesterday which warns energy security and jobs could be at risk if the correct pathways are not followed.

‘The Future of Nuclear Energy in the UK’ calls for a research and development co-ordinating body to be set up as soon as possible to conduct further detailed assessments. According to the paper “any delays risk closing off opportunities for UK industry to capitalise on the global market.”

Two scenarios for future nuclear are examined- a 16GW replacement scenario which would upgrade existing infrastructure by 2025 and an expansion scenario which builds up to 40GW by 2050. This option also explores a ‘closed fuel cycle’ process where the UK would use spent fuel more effectively.

The report does not recommend either pathway but does insist on the development of a long-term strategy to maximise the benefit from nuclear- which it believes is sure to play a significant role in the energy future.

David Clarke, chief executive of the Energy Technologies Institute said: “While it is possible to create a future energy system capable of meeting our 2050 emissions reductions targets without nuclear energy, it will come with too high a price tag to be realistic. As the report makes clear, given the infrastructure and skill base that will be needed, actions need to be taken now to avoid closing off the nuclear energy option unnecessarily.

Government risks overlooking “major opportunities” if a detailed strategy is not devised. Due to the lengthy time of design and construction involved the report says the sooner these plans are finalised the better. Enlarging the newest generation would take 20-30 years so not planning sufficiently for the future could “lead to a drop in capacity of jobs and skills.”

The report was produced by a consortium between the Energy Technologies Institute, the Energy Research Partnership, the UK National Nuclear Laboratory, the Nuclear Decommissioning Authority and the Engineering and Physical Science Research Centre.