The government is facing legal action over allegedly failing to protect people from air pollution. Environmental lawyers at ClientEarth have today filed a judicial review against the Environment Secretary Caroline […] 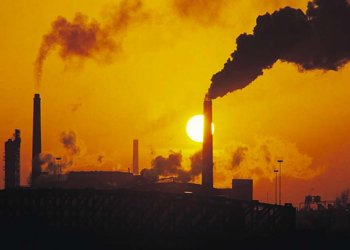 The government is facing legal action over allegedly failing to protect people from air pollution. Environmental lawyers at ClientEarth have today filed a judicial review against the Environment Secretary Caroline Spelman, challenging Defra’s “refusal” to set out plans to bring emissions under the legal limit.

Lawyers at the registered charity, which is bankrolled by grants and EU funding, are concerned that the UK will breach EU rules on air pollution for nitrogen dioxide (NO2) and dangerous airborne particulates (PM10).

James Thornton, ClientEarth CEO, said: “Since modern air quality laws were introduced, successive governments have failed to clean up the air we breathe. This is despite the 29,000 deaths a year that government figures suggest result from pollution. By refusing to meet their responsibilities on air pollution the Coalition’s claim to be the ‘greenest government ever’ is disappearing in a cloud of toxic fumes.”

A Defra spokesperson responded said: “We received judicial review proceedings from ClientEarth regarding air quality this afternoon, and are considering their contents. We are currently consulting on draft air quality plans for the nitrogen dioxide limits, which we are required to submit to the European Commission by the end of September.”