Can Mini-Reactors Save Nuclear Power? 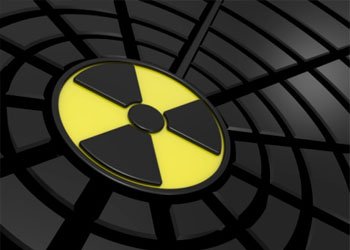 Catalyst believes that with the global demand for electricity growing at an extraordinary pace that it’s only a matter of time until new forms of energy start to appear on the market, and the dominance of the worlds leading energy companies will finally come to an end.

There is a long term desire for reliable, affordable and carbon-free ways to generate our growing demand for more power, and nuclear power delivers all of this whilst generating up to 1,500 MW of carbon-free energy with one single reaction.

But despite its effectiveness, nuclear power has been left aside by many nations due to its high assembly costs, the time needed to build a new nuclear power plant, suitable locations and the long term radioactive threats of a core meltdown.

But things are about to change as American engineers are trying to revive the industry with the introduction of mini-reactors no bigger than a household garage.

American engineer, Jose Reyes, thinks he has found a solution to revive the nuclear industry. Reyes and his company NuScale have designed a reactor that is one-tenth the size of normal nuclear reactor with cooling that requires no pumps to circulate water to cool the reactor core.

NuScale mini-reactors use natural convection of water to cool nuclear fuel, this process requires no external power source to cool down the reactor. The reactor itself sits in a 4 million-gallon tank of water that provides long term cooling if other systems fail.

To enhance safety even further the mini-reactors are placed underground to protect them against natural disasters and multiple additional barriers prevent the escape of nuclear material.

Another advantage of these mini nuclear reactors is that they can be produced on demand and shipped to every corner of the globe. Depending on the size costs vary between $25 million and $200 million and each reactor can generate up to 45 MW.

Just for comparison matters, a traditional boiling water nuclear reactor costs between $5 and $15 billion US dollars to build and it can take up to 10 years before it goes on the grid.