The UK must not rush into picking one low carbon technology, Vince Cable has warned. Speaking at the Echo Arena in Liverpool yesterday, the Business Secretary argued that decisions made […] 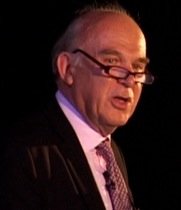 The UK must not rush into picking one low carbon technology, Vince Cable has warned.

Speaking at the Echo Arena in Liverpool yesterday, the Business Secretary argued that decisions made now would affect the future and Britain shouldn’t be too hasty.

Referring to the developments in wind power, reconstruction and carbon capture and storage, he said: “Despite an urgent need for the government to think long term, I reject calls for us to return to the era of picking winners. We have to be technology neutral, and keep open the option that low-carbon energy may, in due course, come from currently unfeasible or high-cost sources. There needs to be a more nuanced understanding of industrial policy.”

It was the Government’s role to help the private sector move in the right direction: “The transformation will also have to be fuelled by private sector ideas, and private sector finance. Our role is to make sure that government decisions, which permeate every part of the low-carbon environment – as regulator, as purchaser, as the provider of skills and infrastructure – help rather than hinder.”

Mr Cable added that the renewable research and development centres funded with £200million, that he announced this week, will provide the “sort of intervention that provides the space and support to allow private sector ingenuity to grow.”

Earlier this week the Business Secretary announced details of the Green Investment Bank, a fund that will help low carbon enterprises develop their technology.

Cable: Green Bank to be “an enduring institution”