Nick Clegg has announced long-anticipated details of the Green Investment Bank, revealing that it will begin lending from April 2012. Speaking at a Climate Change Capital event in London today, […] 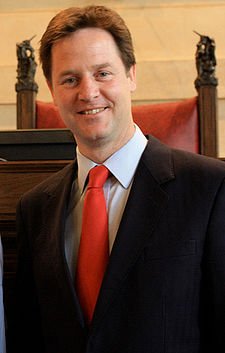 Nick Clegg has announced long-anticipated details of the Green Investment Bank, revealing that it will begin lending from April 2012.

Speaking at a Climate Change Capital event in London today, the Deputy Prime Minister confirmed that the bank will get £3 billion to kickstart low carbon investment: “The Government has guaranteed £3 billion for the initial capitalisation of the Bank. As we made clear in the Budget, we hope to generate these funds through asset sales, but we are also clear that the money does not depend on those sales. It has been underwritten by the Treasury, and it will be made available.”

The knock-on investment of the GIB could be fivefold, he suggested: “The initial £3 billion capital by 2014/15 should enable the bank to catalyse an additional £15 billion of investment in green infrastructure.”

The Bank will have “full operational independence” under the leadership of a new board, he added: “We are determined this organisation will be part of the institutional architecture of this country. Legislation will ensure a long shelf-life.”

Offshore wind, waste, and non-domestic energy efficiency could be early beneficiaries of the Green Investment Bank, while the Lib Dem leader also suggested the funds could play a part in the Green Deal, the scheme that offers householders loans of up to £10,000 help to make their homes more energy efficient.

In a nod to the complaints of “uncertainty” from businesses as a result of shifting Government policy, he countered: “Those of you in the investment community have perhaps had some reason to question whether investing in some green companies offered the right balance of risk against reward, even when there were many sectors, such as renewable energy production, crying out for capital. I understand why. But I hope you see that we are responding to your concerns.”