Energy Secretary Chris Huhne is to lay out plans later on today for the UK’s low-carbon future in an announcement to Parliament later this afternoon. Targets for the fourth ‘carbon […] 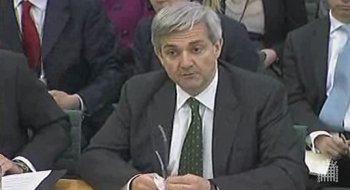 Energy Secretary Chris Huhne is to lay out plans later on today for the UK’s low-carbon future in an announcement to Parliament later this afternoon.

Some critics are worried that the measures will hinder UK business as we could lose out on competitiveness through higher energy prices.

Several scientists and academics have recently voiced concerns about how necessary carbon targets really are, when many are still debating whether the UK’s carbon emissions are substantial enough to affect global climate change in the first place.

Mr Huhne is delivering a written statement to Parliament later today, and is under pressure to deliver it in person from opposition MPs after it was suggested he might not attend over recent allegations made against him suggesting he tried to pervert the course of justice.