EDF and npower have countered accusations today that a key part of the Government’s electricity market reform (EMR) is essentially a subsidy for nuclear power. In the Energy Select Committee’s […] 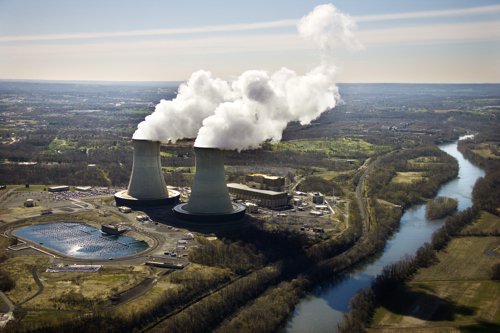 EDF and npower have countered accusations today that a key part of the Government’s electricity market reform (EMR) is essentially a subsidy for nuclear power.

Tim Yeo MP, Chair of the Energy and Climate Change Committee said: “Ministers believe that new nuclear could play a key role in keep the lights on and meeting our climate change targets – but they don’t want to own up to supporting it.

“The Government must be up front about the support it is giving to nuclear and not hide subsidies in a one-size-fits-all design for long-term energy contracts.”

EDF, which is the leading nuclear generator in this country, denied the claims in a statement: “None of this represents a subsidy for nuclear. Indeed no subsidy is required to fund EDF Energy’s new nuclear plans, nor have we asked for any.

“The carbon price floor provides a clear, tangible signal to the UK power sector and is an integral part of a holistic package. It addresses the fact the ETS (the EU’s emissions trading scheme) has not delivered the price that is required to achieve its objective of encouraging decarbonisation.

“New nuclear power represents the most affordable way of decarbonising UK electricity generation as part of a balanced mix and gives the best long term deal for UK consumers.”

He said: “The Carbon Price Support will undoubtedly have cost implications for consumers, and this has been recognised in the report. However I see it as a short term measure that will not drive investment in low-carbon generation. It will also have a serious impact for British industry adding costs which will reduce their competitiveness in global markets.

“The over-riding priority for the EMR must be to deliver a stable frame-work which is attractive to new and existing investors; as well as providing a level playing field where all low-carbon technologies can contribute to the Government’s aim of delivering a low-carbon economy at least cost to the consumer.”