The UK needs to question the unproven science of climate change and Government needs to re-think its policies. These were the thoughts of ex-Chancellor Lord Lawson, who told ELN: “The […] 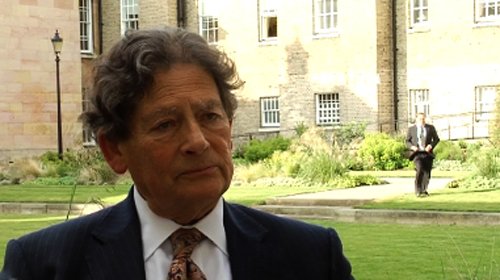 The UK needs to question the unproven science of climate change and Government needs to re-think its policies. These were the thoughts of ex-Chancellor Lord Lawson, who told ELN: “The more debate the better.”

A keynote speaker at the Conference on the Science and Economics of Climate Change, which took place yesterday in Cambridge, Lord Lawson warned that green policies might damage the UK economy.

He said of our self-imposed targets: “I think it’s madness, I think that it’s a touch of post-imperial arrogance we think somehow we can lead the world on this path. The only trouble is, the world’s too sensible to follow!

Questions surround current Government energy policies that legally oblige the UK to cut emissions when there is little conclusive proof, but perhaps more importantly, no other nations have entered such agreements.

Lord Lawson said: “Politicians like to look good and if a politician can stand up and say: ‘look at me- I’m saving the planet’ you think: ‘oh that’s marvellous’. Of course, when you realise what that actually means for the people that’s a different matter.”

However, he welcomed the conference, which at least brought a focus to the questionable subject, one that many feel is now dangerously taken as gospel.

He said: “Too often you have two warring sides who never come together. In particular, the people who believed in what I call the conventional wisdom feel so secure in their position that they are terrified of having any criticism so they don’t want any debate.”

And debate certainly happened. Scientists from both sides of the argument presented evidence as well as economists such as Czech President Václav Klaus on the implications of future green policies.