A new “highly efficient” gas station has officially opened in Newark. Located near the River Trent, the Staythorpe Power Station should produce up to 7.5 million tonnes less than an […] 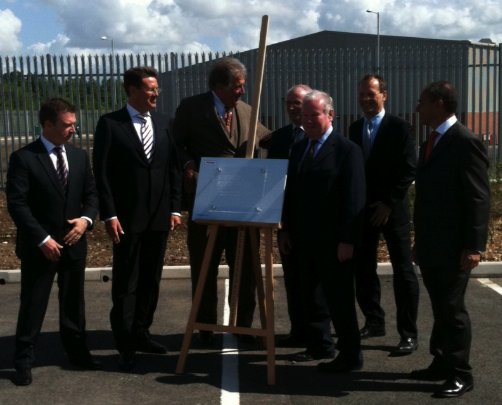 Located near the River Trent, the Staythorpe Power Station should produce up to 7.5 million tonnes less than an equivalent coal-fired power station producing the same amount of electricity.

The station’s operator RWE npower expects it to contribute more than £10 million to the local economy.

Explaining the process, Mr McCullogh said: “It’s the same conventional power process where we take heated fluid – in this case gas – and we power that through a turbine that creates rotational energy. Then we use that heat to drive steam, and in turn we use that steam to drive a new fluid turbine.”

This was extremely efficient, he added: “You get something like 60% efficiency… For every one unit of gas that we put in, we get .6 of a unit of electricity out.”

Energy Minister Charles Hendry was on hand to officially open the new plant, on a site which has been generating electricity since the end of World War 2.