Environmental campaigners have written to Chris Huhne urging him to resign from Government if it doesn’t take on board the advice of the Climate Change Committee (CCC). Andy Atkins, Executive […] 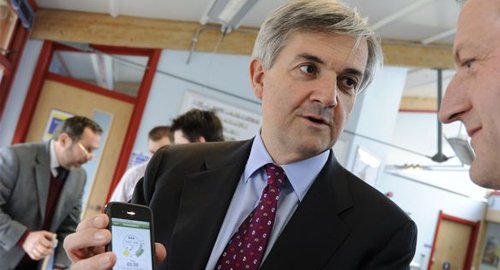 Environmental campaigners have written to Chris Huhne urging him to resign from Government if it doesn’t take on board the advice of the Climate Change Committee (CCC).

Andy Atkins, Executive Director at Friends of the Earth wrote to the Energy Secretary to voice his fears that the Government will ignore scientific advice on climate change measures, which are currently being considered.

The letter will add to the pressure on Mr Huhne, who has been in the headlines recently for spats with his colleagues in the Coalition over the AV referendum, as well as for allegations he tried to avoid extra points on his driving license which were raised during divorce proceedings with his wife.

In the letter, seen by ELN today, Mr Atkins expresses “strong support” for Mr Huhne’s efforts but goes on to emphasise that even “a watered down form” of the Committee’s advice on the setting of future carbon budgets “would be completely incompatible with the Government’s ambition to be the ‘greenest Government ever’.”

Martyn Williams, Senior Parliamentary Campaigner at Friends of the Earth told ELN: “If the government decides not to take the advice on climate change, that they’re not going to do anything about it, it’s like he doesn’t have a job. It’s like telling the Education Secretary not to educate people. It’s like he’s being told not to bother.

“At the end of the day we don’t want Chris Huhne to resign but if government doesn’t act, it would be the right thing for him to do. We would work with him as a backbench MP and other backbenchers for the best decision.”

Mr Atkins also criticises the Treasury, the Department for Business, Innovation and Skills and the Department for Transport in his letter for holding up progress: “There is of course a rich irony in this, given that many leading UK companies, have already written to the Government urging that the CCC advice is accepted.”

Earlier this year companies including Tesco, Shell, EDF Energy and Lloyds Banking Group wrote to the Prime Minister to support the CCC findings, as part of the Prince of Wales’s Corporate Leaders Group on Climate Change.

The Liberal Democrat Party wouldn’t speculate on the outcome of “ongoing” climate change discussions, but their spokesperson told ELN: “It’s too early to say one way or the other. Chris Huhne is fighting his corner on this issue, as are others. We just have to await the discussions in the Cabinet.”

A DECC spokesman told ELN: “The Government is currently considering the CCC’s advice carefully and will publish its response soon, ahead of setting the level of the fourth carbon budget by the end of June this year, as required under the Climate Change Act.

“This is an important decision and it is vital we consider it carefully. The Climate Change Act is clear that it is Government’s decision on the level and we have to not only take account of the CCC’s advice but also the views of the devolved administrations.”