The energy sector has to encourage more young people to become engineers otherwise it risks being left behind. That’s the message from the Institution of Engineering and Technology, which says […] 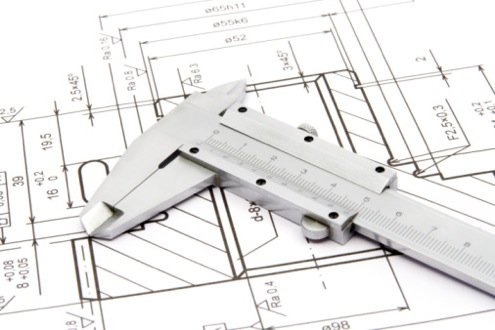 The energy sector has to encourage more young people to become engineers otherwise it risks being left behind. That’s the message from the Institution of Engineering and Technology, which says firms will look abroad for talent if the UK keeps failing to attract new graduates.

Over the past three years fewer younger people are working in the sector with now only a fifth of engineers aged under 30. With the older workforce due to retire within 15 years how will the UK cope with the demands of low carbon power?

“If we don’t close the skills gap the engineers we need to build the future energy sector will have to come from abroad. The UK could find itself missing out on gaining from the global green economy,” said Hugo Donaldson, Principal Policy Advisor for the IET.

Every year the institution publishes a survey of 400 companies looking at the state of engineering. Last year’s report has some sobering facts:

But why? Mr Donaldson says it’s cultural: “Here in the UK young people have misconceptions. They think an engineer is someone who fixes your washing machine they don’t realise how creative and skilled it can be.

“Over the last few years we’ve seen a significant drop in numbers in electronic, electrical and manufacturing sectors, though civil engineering is doing slightly better. But clearly we’ve failed to attract women and we have got to improve apprenticeships particularly in the SME space.”

To that end the power sector is doing some good things. Along with the IET power companies including all the big six, help fund the Power Academy which runs approved courses at many universities designed for working in the field of energy.

Students enrolled in the scheme receive a £2200 bursary and an extra £220 for books. They also get a mentor from an energy company and work placements. Several hundred enrolled last year and Mr Donaldson believes it is working.

“The power sector is doing enough but it can always do more. After all energy is the sector where we have the biggest skills shortage, so much so, many people are already being recruited from abroad.”

But could this lead to further problems as the government’s cap on non-EU immigration kicks in.

“We don’t know what the impact of the immigration policy will mean, if there are fewer foreign students will some universities stop their engineering degrees? Also what will the impact of the increase in tuition fees be on home students?” said Mr Donaldson.

But what is clear is that the global race for engineers is on and the UK has to ensure it can attract the best. The IET will publish its 2011 survey in the summer.