The Energy Technologies Institute is planning a multi million pound project to develop cheaper carbon capture technologies for gas-fired power stations. The institute will invest in two promising ‘next generation’ […] 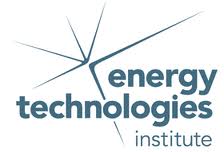 The institute will invest in two promising ‘next generation’ technologies before selecting the best one for large scale testing at a Combined Cycle Gas Turbine (CCGT) plant.

The UK’s carbon reduction targets, combined with a reliance on gas, will make CCS technology increasingly important, believes the ETI. Chief Executive Dr David Clarke said: “Gas remains the UK’s primary energy source and our estimates suggest we will have around 30GW of CCGT capacity by 2030. Even though gas is much cleaner than coal, achieving the UK’s CO2 reduction targets in the longer term will still require CCS to be fitted to all fossil-fuelled power stations by the 2030s.

“Through CCS technology, fossil fuels can be economically used in an environmentally acceptable way to provide significant quantities of competitively priced energy on demand and so will be an important contribution to the energy mix in the future.”

The UK-based institute has called for organisations to put forward proposals for the first development stage of the project.