MPs today urged the government to locate the newly formed Green Investment Bank in Edinburgh. The selection of cross-party ministers argued that the Scottish capital was the city best suited […]

Tom Gibson reporting from the House of Commons
More Articles 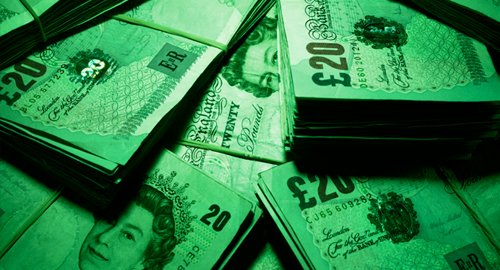 MPs today urged the government to locate the newly formed Green Investment Bank in Edinburgh. The selection of cross-party ministers argued that the Scottish capital was the city best suited to uniting the three key pillars of the bank: financial services; clean energy industry and education/ research.

The Edinburgh Green Investment Bank Group briefed MPs in the House of Commons before meeting the Secretary of State for Business, Vince Cable. The group is made up of business leaders from industry, finance and academia.

The group believe that Edinburgh is the only location in the UK which can bring finance and the clean energy industry together in a single location.

Ron Hewitt, Chief Executive of Edinburgh Chamber of Commerce, said that the group wanted what was best for the UK: “The only two cities where this could work are Edinburgh and London. In Edinburgh there’s a sweet spot where these things overlap, the research, the technology know-how and the financial services. Yes, you’ve got those same skills in London, but they’re separate. In Edinburgh we’re more outgoing ,as we have to be to find business, which is exactly what the bank will need, particularly in the start-up phase.”

Ranked as the fourth largest financial centre in Europe in terms of equity assets, it is this financial strength that the group believe will work well for the fund and, as a result, accelerate the necessary development of UK renewables.

Mr Hewitt added that Edinburgh had other distinct advantages: “Edinburgh is the centre of the renewable power hub, with its proximity and connectivity to all these technolgies.”

Speaking to a busy room full of MPs and business leaders, including Shadow Chancellor Alistair Darling and Shadow Secretary of State for Energy Meg Hillier, the group put forward a business case that suggested Edinburgh was better placed to act as a more than a bank, which they claim is necessary to raise the public funding the renewable sector will rely on.

Nathan Goode, partner at Grant Thornton who prepared the case, said that the bank would maximise its role in a clean energy hub: “The location away from London would give GIB a distinct location, at arm’s lenth from existing institutions.”

The launch of the campaign comes a week after the Chancellor announced the bank will begin operating with £3bn of funding. However, the budget has come under fire over the delay until 2015 when the bank can actually start borrowing funds.