The UK energy market must decide what generation means are best through healthy competition that lacks interference from Whitehall. These were the words of RWE npower CEO Volker Beckers, who […] 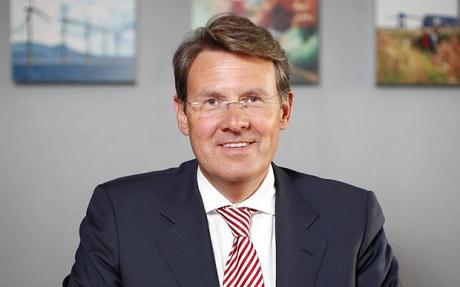 The UK energy market must decide what generation means are best through healthy competition that lacks interference from Whitehall. These were the words of RWE npower CEO Volker Beckers, who gave spoke of lessons learnt in Germany.

Mr Beckers said: “My native country, Germany, is often held as one of the countries where they got renewable energy policy correct. The net cost of solar PV installed in Germany between 2000 and 2008 was a staggering €35 billion. By 2008 solar PV was producing a grand total of 0.6% of Germany’s electricity. Hands up who thinks this is a great idea and a great investment? I don’t see that many.”

Mr Beckers quoted George Monbiot in talking of the dangers of policy intervention- “It is only through using the power of markets with a level playing field for all low carbon technologies that we can guarantee the lowest cost for the customers.”

It is this low carbon obligation that Mr beckers had called on the Government to introduce last year. Speaking this week at the Marketforce Future of Utilities Conference, he said he was pleased with the EMR on the whole, but the UK had to ensure it didn’t make the same mistakes as countries like Germany:

“Using such a mechanism that is already proven to be effective can be applied to both retail and generation, I felt would be the right move. However, we are now in a different place. But I’m pleased to see that resulting mechanisms outlined in the Government’s EMR proposal; Contracts for Difference and Feed-in Tariffs, will both bring forward the required level-playing field approach.”

“Equally important to creating a level-playing field to ensure the uptake of low carbon technologies to the lowest cost to the customer is the need to bring confidence and impetus to investors.”

Germany is one of the top solar PV installers. As of 2010, Germany had an installed capacity of almost 17,000 MW of solar PV.