Next week’s Budget could have a substantial impact on energy efficiency schemes, according to the Chair of the Environmental Audit Committee. Joan Walley MP warned delegates at the Carbon Reduction […] 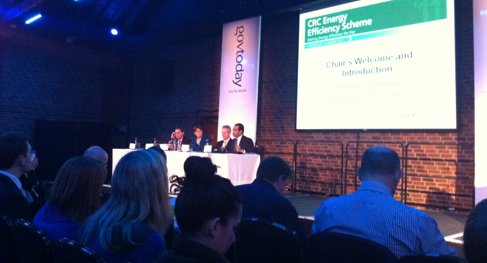 Next week’s Budget could have a substantial impact on energy efficiency schemes, according to the Chair of the Environmental Audit Committee. Joan Walley MP warned delegates at the Carbon Reduction Commitment Energy Efficiency Scheme conference in London today that the Budget could go either way for efficiency.

She said: “I do think it’s important that we are aware that what happens in the Budget could well influence and change things. And what happens in terms of other aspects of policy could make things more or less difficult.”

But it would be impossible to predict the outcome of the Budget, added Malcolm Fergusson, Head of Climate Change at the Environment Agency. He told ELN: “The Treasury’s pretty good at keeping it’s cards close to it’s chest. I think we’ll just have to wait and see to be frank. It seems that there’s a lot of money at stake do it would be unlikely that the CRC would be abolished, but beyond that I can’t speculate.”

The CRC and many other energy efficiency schemes will be reviewed in next Wednesday’s budget. Chancellor George Osborne changed the parameters of the scheme back in the autumn effectively turning the CRC into a tax. Speculation suggests the scheme along with others such as Feed In Tariffs will be substantially changed by the Treasury