Over four million households in Japan face losing power as a result of damage to the power infrastructure suffered after a devastating 8.9-magnitude earthquake that took place this morning. However, […] 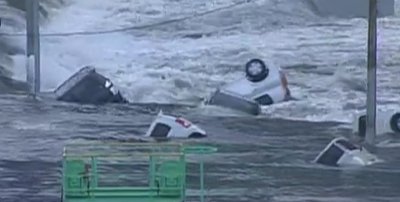 Over four million households in Japan face losing power as a result of damage to the power infrastructure suffered after a devastating 8.9-magnitude earthquake that took place this morning.

However, Chris Skrebowski, the Director of Peak Oil Consulting said: “Japan has an excess of refineries, so the effects could be small.”

The energy commentator told ELN that it was too early to tell of the real knock-on effects for those countries reliant on Japan: “Unfortunately, markets tend to take on worst-case scenarios.”

Dozens of power stations have been forced to close due to the disaster, including eleven nuclear power plants and several other crude-oil plants.

The closures of the plants, across the country, could deny over four million homes power. A statement from Tokyo Electricity Power Company said: “Due to the earthquake, our power facilities have huge damages, so we are afraid that power supply tonight would run short. We strongly ask our customers to conserve electricity.”

Cosmo Oil and JX Nippon Oil and Energy shut their refineries in the eastern part of the country. Cosmo Oil also confirmed a fire at the Chiba refinery, which produces 220,000 barrels a day.