UK has to modernise to become low carbon

Energy Secretary Chris Huhne today received backing from Friends of the Earth in setting out plans for a low carbon UK. In a speech delivered to the liberal think tank […] 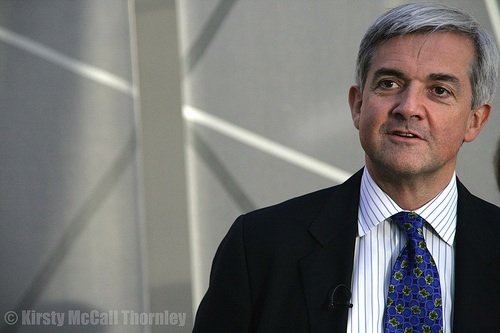 Energy Secretary Chris Huhne today received backing from Friends of the Earth in setting out plans for a low carbon UK.

In a speech delivered to the liberal think tank CentreForum Mr Huhne stressed the UK’s need to modernise: “What does a low carbon economy look like? First, it does not waste energy. We have the oldest and least efficient housing stock in Europe. We use more energy heating our homes than Sweden, which is nearly 5 degrees colder on average.

“A quarter of the UK’s carbon emissions come from the home. Our housing stock is costing us the earth. That’s why the Green Deal is our flagship programme. It’s a self-financing home improvement scheme to bring our houses into the 21st century.”

The Energy Secretary was keen to usher in a new era for the British public by promising a subsidy for hard to heat homes and those in fuel poverty: “No-one should fear winter – or winter energy bills. We are determined to tackle the root causes of fuel poverty, not just stick plasters on the symptoms.”

Friends of the Earth’s Head of Climate MikeChilds highlighted the importance of Mr Huhne’s announcements: “The next few weeks are crucial – if the Government is serious about creating a safe and prosperous future it must put the development of a low-carbon economy at the heart of both its Budget and Energy Bill.”

As the Energy Market Reform deadline approaches Mr Huhne confirmed widely anticipated moves to support greener technologies: “Under our proposals, all low carbon technologies will benefit from support by virtue of being low carbon. A guaranteed feed-in tariff for all.

Mr Childs backed Chris Huhne by stating that the EMR had to support renewables if they were to leave a legacy: “Focussing electricity market reform on delivering a major marine-based renewable industry. This will also create new jobs and business opportunities. These safe and clean technologies will lose out if market reforms are used to prop up the failing nuclear industry.”